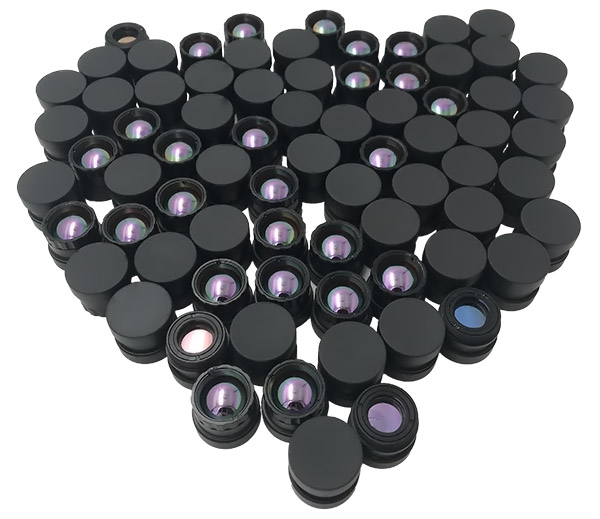 During the day, the human eye can see the scenery in nature. Because the eye receives direct light that reflects the sun on the surface of the scene, or scatters light. At night, although there is no solar illumination, in most nights, there are still moonlight, starlight or atmospheric glow. The surface of the scene in nature still reflects these faint light, so the human eye can still see the nearby scenery and the big The outline of the scene is observed at night, and the basic contradiction is that the light intensity received by the human eye is insufficient. The solution to this problem is

(1) Use a large-diameter telescope to obtain as much light energy as possible;

(2) Like electronics, try to zoom in on the weak light image;

(3) Illuminating the scene with an artificial light source;

(4) Using the radiant energy of the scene in the infrared band to achieve thermal imaging.

The core of low-light night vision technology is a low-light image intensifier, which is an electric vacuum device consisting of three parts: photocathode, electronic optics, and fluorescent screen. Its working principle is: the combination of weak visible light and near-infrared light reflected by the scene. On the photocathode, the photocathode is excited to emit electrons outward. In this process, the image of the light intensity distribution of the scene is transformed into an electron density distribution image corresponding thereto; in the electro-optical component, an electron is input, Thousands of electrons are output, so the electron density distribution image of the photocathode is enhanced by thousands of times. The so-called "light image enhancement" is realized in this process. Finally, after a large number of electron bombardment screens are multiplied, the electron density image-photon image is transformed, and the enhanced low-light image is obtained for human eye observation. To date, the low-light image micro-enhancer has been developed to the fourth generation, the difference being mainly in the material of the photocathode and the electro-optical components. The practical low-light night vision device also includes a telescope that receives and concentrates light, and an eyepiece, a power source, and the like that are directly observed by the human eye. If the image output by the low-light image intensifier is taken by a television camera and viewed by a television, such a system is a low-light television.

Heat is the macroscopic representation of the molecules and atomic motions that make up an object. Temperature is a measure of the degree of thermal motion of molecules and atoms. Objects in nature emit electromagnetic waves as long as they have temperature. In the electromagnetic spectrum, infrared rays having a wavelength of 0.001 to 1 mm are used. Objects in nature have a temperature, so energy exchange is performed in the form of infrared radiation and the environment. Since infrared rays are caused by thermal motion of molecules and atoms, they are also called heat radiation. The intensity of the surface heat radiation of the object is related to the temperature and surface state of the point, thereby forming a thermal radiation image (referred to as thermal image or thermal image) of the temperature distribution and surface characteristics of the reaction object, but the human eye has no visual reflection on the thermal radiation. , you can't see the thermal image directly. The physical factors that determine the visible light reflection and reflectance difference of the scene also determine the difference between the thermal radiation emission and the emissivity of the scene. Therefore, the image of the thermal radiation distribution of the scene can reproduce most of the details of the visible light image formed by the reflection of the scene and the difference in reflectance.